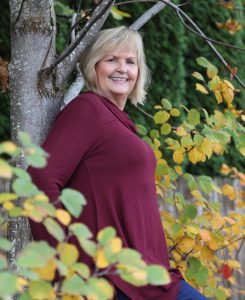 I am now 61 years old, and have lived longer than my mother who died at age 56 from ovarian cancer. Fifteen years ago my doctor brought up the fact that my mother, grandmother, and aunt have all died of either ovarian or breast cancer, and that I would be a good candidate for the genetic testing that was available. I shrugged it off and it didn’t come up again until my daughter became a doctor 15 years later. She suggested that I go get the simple blood test and find out if I am a carrier of the gene. I was tested in 2014 and it came back positive for BRCA 2 gene.

All of sudden my chances went from 8% to 85% for getting breast or ovarian cancer within 10 years, or by the time I turn 71. Also both of my children have a 50/50 chance of being a carrier of the gene. With much prayer, research, and genetic counseling, within 3 months I had my fallopian  tubes and ovaries removed. Then after recovering, within a year I had a bilateral skin sparing mastectomy. This was a very hard decision because of the loss, physically and emotionally plus there are so many choices of reconstruction available. In 2004 Dr. Jewell had performed a breast reduction for me because of years of pain in my shoulders and neck, I was thrilled with the outcome!

I went and talked with Dr. Jewell and his lovely patient coordinator Mary, I quickly felt secure in knowing he could do the breast reconstruction with the same care and excellence he did with my first surgery. So with his choice of a general surgeon and Dr. Jewell by his side the mastectomy was completed, and no cancer was found. Then after some delayed healing on one breast Dr. Jewell performed the reconstruction 6 months later. Again I’m thrilled with the outcome. The surgery was not painless, but well worth the peace of mind. My daughter tested negative, and my son has not yet been tested. I count my blessings every day as I start a new day with a peaceful heart, mind, and soul. This is a huge decision and should be made with lots of preparation, prayer, and counsel. 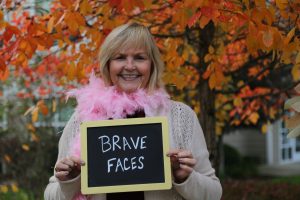